Coeliac Disease Not Linked to Gluten Timing in Weaning 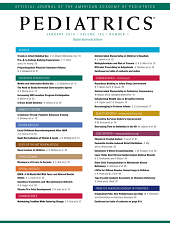 It has been proposed that risk for developing the autoimmune condition coeliac disease (CD) may be linked to the time that the infant is weaned to consume gluten containing foods. However, the timing of gluten introduction into an infant’s diet does not appear to influence a child’s subsequent risk of developing CD investigators report in an article published online January 19 in Pediatrics.[1] The new finding, from a multinational prospective birth cohort study, challenges some current ideas on how best to prevent the onset of the autoimmune disorder.

Purpose of the Study.

Fifty-one children in this study of just over 1500 children developed CDA. Children exposed to foods containing wheat, barley, or rye in the first 3 months of life had a 5 times increased odds ratio (P = .02) of CDA as compared with children first exposed to gluten at 4 to 6 months of age.

Twenty-five of the CDA-positive children had biopsy-proven coeliac disease. In these children, exposure to gluten in the first 3 months of life had a 23 times increased risk (P = .001) of CDA. In the biopsy-proven cohort, children not exposed to gluten until >7 months of age also had a significantly increased risk of CDA (odds ratio: 4; P = .04). There was no association between the development of CDA and the timing of introduction of oats or rice. No protective effect of breastfeeding was found with the development of CDA. Although all children in the cohort were exposed to gluten by 12 months of age, the first positive tTG autoantibody test did not occur until 2 years of age, with a mean age of positive conversion of 4.7 years.

[1] Alan B. Goldsobel Risk of Celiac Disease Autoimmunity and Timing of Gluten Introduction in the Diet of Infants at Increased Risk of Disease. Pediatrics August 2006; 118:Supplement 1 S14-S15. View Full Paper